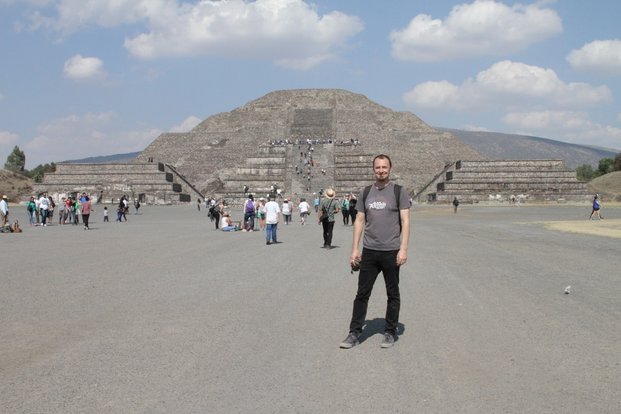 ‘When the viewer looks at my work they are presented with many intertwining and interacting forms. These forms make up scenes and imaginary beings, which are part of an internal world that I have created. Many people have their television world, I have decided through painting to create my own world. All these scenes originate from deep within my mind. I am inspired by 'tribal designs' from all over our globe, ancient texts, microcosm, macrocosm, and occult symbolism. I try to create something mysterious, provocative, and intriguing out of the simplicity of these forms, as well as displaying a story for the viewer to decipher for themselves.’

Robert L. Pepper , is a Brooklyn born artist/musician, based in New York City. His works include oil, and acrylic paintings, films, and experimental music recordings. His work is abstract in nature while using various symbols and occult references. His portraits are a breakdown of the subject’s personality into abstract designs and esoteric symbols. His musical projects include Pas Musique, The Jazzfakers, Eyryx, and Limax Maximus. Robert has performed and displayed art in over 18 countries.